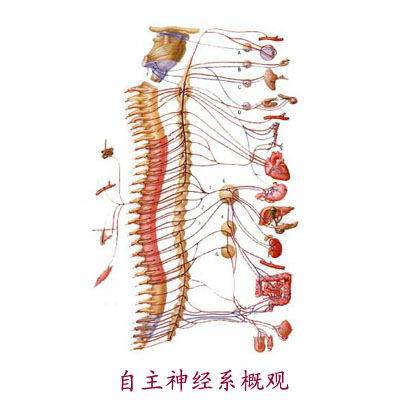 To Guide Exercise by Applying Theory of Channels and Collateral

The theory of Health Qigong considers that only the Qi, blood and body fluid are transferred to each part of the whole body, the roles of nurturing viscera, organizations and organs as well as resisting exogenous evil and safeguarding organism could be played. Therefore, regularly and moderately exercising main and collateral channels on purpose can dredge main and collateral channels and adjust the functions of viscera and thus, the effects of body building and prolonging a long life could be achieved.

Many Qigong methods in the Health Qigong are implemented in building body with the instruments of the theory of main and collateral channels. For example, the literature key words for the movement of “Tiger Springing on Its Prey” in the Health Qigong•Yi Jin Jing are: “Leaning Body with parted feet, interacted change hip by yielding left and right part; Stretching out with raised cephalothoraxes, falling on your back like flat whetstone; adjusting breath with even exhaling and inhaling, supporting yourselves by touching the land with fingertips; subduing the dragon and tame the tiger can only be done by immortal, we also preserve life by mastering true shapes. The main objectives of it connotation of Qigong methods is to practice Ren channel and Chong channel and thereby the essentials of its acts ask for the back of body to become a “backwardly directed bow” shape, which means to reach the aims of clearing Ren channel and Chong channel and take care of the channels by the movement of tiger springing, body hypsokinesis, and stretched chest and belly(The practicing methods in stimulating main and collateral channels with special acts just like the acupuncture and moxibustion and massage in TCM, which can play the roles of disease treatment, recovery and sanitarian effects by dredging the channels and promoting the circulation of Qi and blood.) A deserved effect of body building will not be achieved if a “Backwardly Directed Bow” is not form when the two hands touching the land in the movement of “Tiger Springing on Its Prey”. Let’s take another example, the main objectives of the Qigong methods connotations in the movement of “Swinging the Tail” in the Health Qigong• Yi Jin Jing are to reconcile the two channels of Ren and Du. Therefore, its acting essentials are squaring shoulder; contracted waist and raising head. If the lowering head and protruding waist just for touching the land by the two hands, as a result, the channel of Ren could not be adjusted and corresponding effect for body building could not be achieved. Therefore, in practicing the movement, your will for touching the land rather than truly touching the land will be enough according to the essentials of acts.

Moreover, there are still a number of movements in Health •Yi Jin Jing as the concentration on some acupoints (the interspace and accumulation points in human body for transferring Qi and blood) in carrying out practicing. For example, in the movement of “Plucking a Star and Exchanging a Star Cluster” stresses Mingmen acupoint (life gate) on the waist; another movement called “Black Dragon Displaying Its Claws” asks for the mind concentration Laogong acupoint  in the center of the palms. The practicing method, with the attention on some one acupoint, not only effectively help practicers to adjust their minds and reach peace, but also further adjust  the functional activities of particular main and collateral channels, Qi and blood. Thus, the objectives of body building and keeping fit will be achieved. So, we can say Health Qigong is a physical training method for the purpose of regulating channels; coordinating viscera; adjusting and clearing Qi and blood; balancing Yin and Yang as well as obtaining good health and a long life by the action on special acupoints and main and collateral channels with the help of mind concentration and a various of acts.

In conclusion, the Health Qigong implies rich traditional philosophy and medical cultural connotation, which fully embodies the commonly cultural values and health promotion and care ideas and in addition to that, its Qigong theory connotation is also abundantly reflected in the essentials of exercise. As the soul of the essentials of exercise, the grasping for the connotation of Qigong theory is the key to corre4ctly master exercising essentials and methods of Health Qigong.