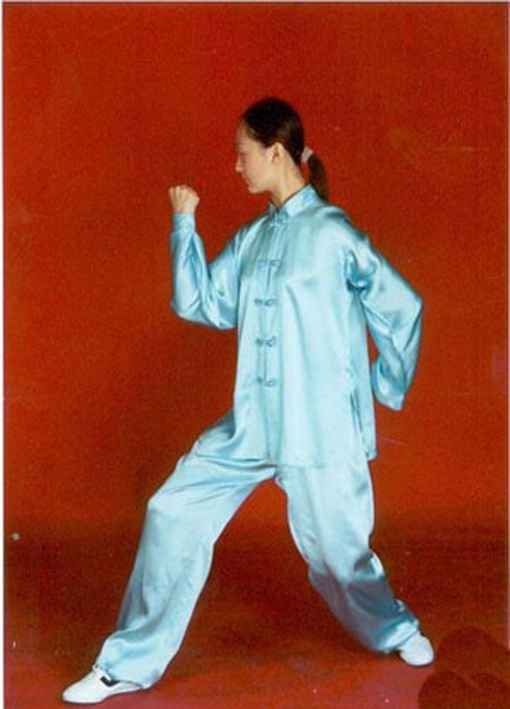 (VI) Focus on Intertwining and Exercise of Peripheral Joints

During the exercise, joints of limbs should emphasize rotating and intertwining, especially exercise of distal peripheral joints such as “Pulling Nine Cows by Their Tails” and “Spreading Wings and Extending Claws” in Yi Jin Jing, “Ape Lifting” and hand patterns in different exercises of Wu Qin Xi, and “Clench the Fists and Glare Fiercely” in Ba Duan Jin, etc. Their functions are as follows:

1. Smooth and activate meridians: first, according to TCM, three Yin channels of human hands run from chest to hands, and converge with three Yang channels of hands at the finger tips; three Yang channels of hands run from hands to the head, and converge with three Yang channels of feet at the head; three Yang channels of feet run from head to feet, and converge with three Yin channels of feet at toes; it runs from feet to belly in at the feet end. That is to say, fingers are the joint point of three Yin and three Yang channels of hands while toes are the join point of three Yin and three Yang channels of feet. We know that the place which is the easiest part to have problem for any line is joint point. In other words, finger tips or toes are most easily blocked among all meridians. Second, according to meridian theories, somewhere below elbow joints and knee joints of human body are the places where the important acupoints of main channels lie in. They are Jing, Xing, Shu, Jing and He (collectively known as “Wu Shu”); Jing acupoint is at the end of hands and feet, and known as the source of water. Channel qi comes out of it, that is, “Jing is the exit”; Xing acupoint is mostly located at the front of palm or toe joints, and known as slight water flow. Big flows aren’t formed after turning and twisting, and it’s the part where channel Qi passes through, that is, “Xing is the intermediate channel”; Shu acupoint is mostly located at the back of palm or toe joints. Here the water flow becomes from small to big from shallow to deep. The channel Qi gradually turns vigorous. It’s the part where one enters another, that is, “Shu is the injection part”; Jing acupoint is mostly situated at wrists and ankle joints. Here the water flow becomes big and smooth without barrier. It’s the part where channel Qi runs vigorously, that is, “Jing is the vigorous running part”; He acupoint is nearby elbows and knees. Here the water flow of rivers converge into the lake and sea. Channel Qi runs deep here and returns to the viscera, that, “He is the deep return part”. Third, TCM also maintains that “when there’s something wrong with the viscera, the twelve source acupoints should be examined”. (Miraculous Pivot·Nine Kinds of Needles Twelve Sources). Yuan acupoints are allocated nearby wrists and ankles. When acupuncture doctors identify acupoints to treat diseases, they usually choose these acupoints first so as to smooth Qi and blood, cure the diseases. Hence, in the exercise of health Qigong, the peripheral joints movements of stretching elbows and knees, erecting palm and lifting wrist, shaking fingers, swinging ankles, lifting heels and holding up toes can not only effectively stimulate practitioners’ meridian joint points such as fingers and toes but also provoke Jing, Xing, Shu, Jing, He and other Yuan acupoints, thus efficiently smoothing twelve main channels and preserving health of the viscera.

2. Build wisdom: studies of modern medicine show that sensorium of the brain can govern the entire body’s pain, temperature, touching, pressing, position and cinesthesia as well as other torso feelings. Palms (especially fingers) and soles account for about half the area of sensorium. Data demonstrates that frequent exercise of brain can increase brain cell activities and help establish more synpatic connections, thicken the front and back membranes of synapsis and expand access. Health Qigong stresses smooth kidney channels and exercise of fingers. Besides, learning and exercising health Qigong is a process of study. Lots of knowledge skills need to be studied such as method techniques, exercise principles, health preservation knowledge and teaching methods. In this way, practitioners can frequently use their brain in the process of learning and practicing so that their brain can be exercised and wisdom built.